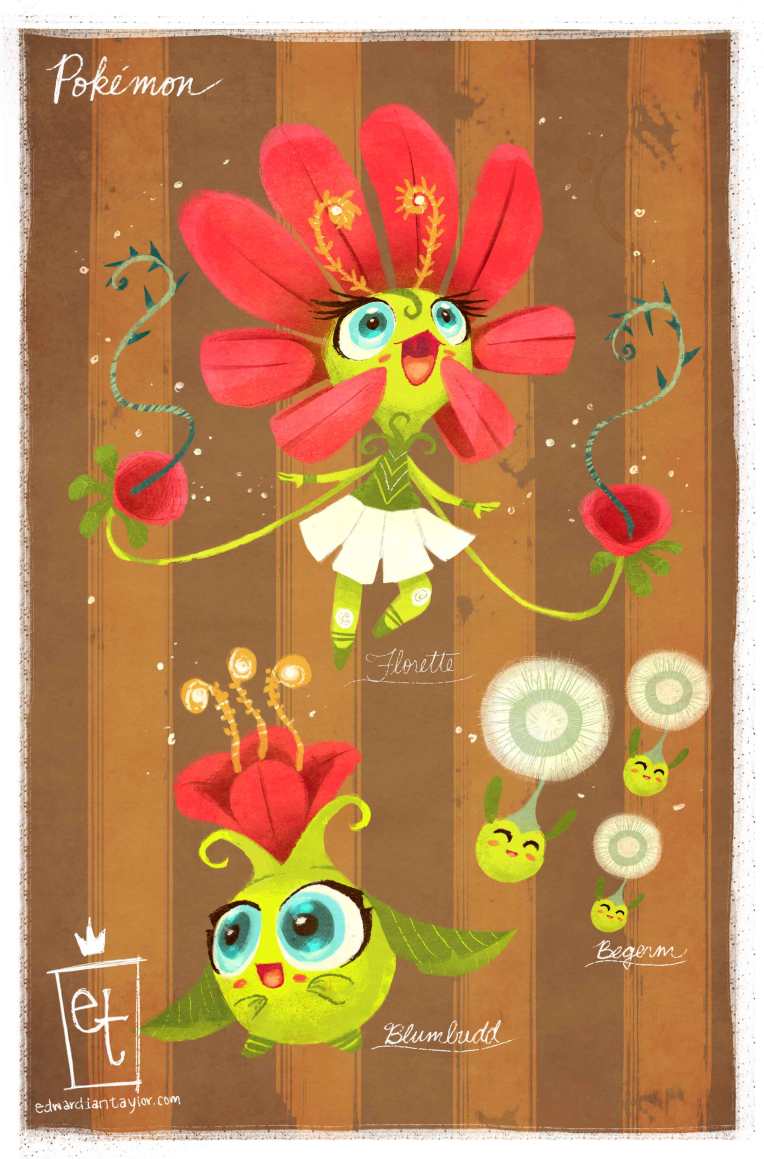 Today’s Sketch Dailies had us creating our own Pokemon. Not an avid game player I had to do some research on the types of Pokemon out there. I decided to try a plant/fairy type pokemon inspired by a dandelion. So Begerm is the early evolution where they float around like the seeds of a dandelion. Than it evolves to become Blumbudd which I would imagine would hide its bulb under ground while the flower is used to gather sun rays for energy. It uses the leaves on the sides of its head to hover if in trees. Then the final evolution is Florette which grows to have poisonous tendrils with thorns. Not needing wings she can float with her flower petals on her head. I had a another final final evolution with a queen, but I ran out of time lol Maybe she’ll appear in another future illustration cause she’s pretty cool.